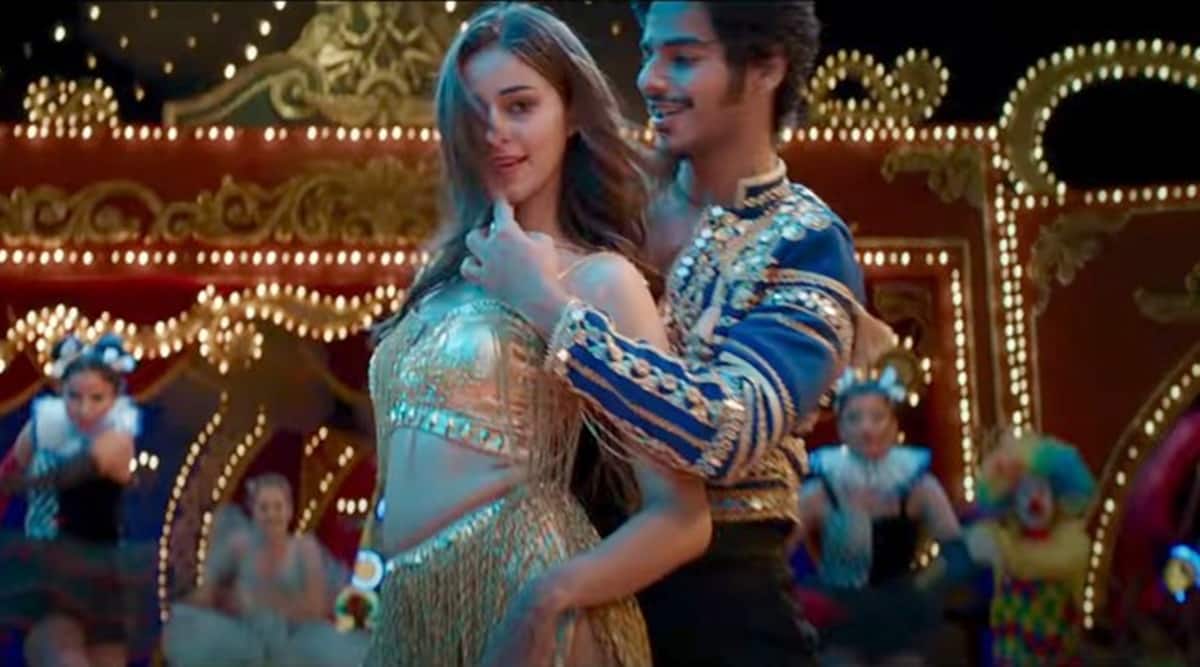 
Touted as a formulaic film, Khaali Peeli is about a quintessential pair of hero-heroine trying to escape from the police and the villain. (Photo: Zee Music Company/YouTube)

Ishaan Khatter and Ananya Panday-starrer Khaali Peeli mired in controversy over a song “Beyonce Sharma Jayegi” for its racist undertones but the film’s director Maqbool Khan asserts that aim behind the track was to showcase the pop diva as an icon.

The track, which was released earlier this month, came under scanner for its lyrics “tujhe dekh ke goriya Beyonce sharma jayegi” with netizens calling it out for furthering the glorification of white skin and a bizarre comparison to the African-American pop star

Khan clarified that when the track was composed, they didn’t find it “racist” or “sexist”.

“The word ‘goriya’ has been used in a number of songs in Hindi films. The idea was never to bring down or tag the colour aspect to Beyonce.

“For us, it was about this guy, who is street smart and is trying to impress his girl and in that process he says, the way you are performing even Beyonce will blush… The entire thing was to put Beyonce as an idol, icon,” Khan told PTI.

The director said they respected the people’s opinion and therefore, decided to alter the lyrics.

“We respect people’s sentiment. This was never intended to be like this. We apologise for that. We are responsible filmmakers, be it me, Ali Abbas Zafar and Himanshu Mehra (producers). We didn’t want any controversy to happen,” Khan said.

The filmmaker has previously helmed TV series and movies like Encounter, Lanka, starring Manoj Bajapyee and Arjan Bajwa; and Kabootar.

Post the controversy, Khan has a request for the audiences that they should not prejudge and give a fair chance to the film.

Touted as a formulaic film, Khaali Peeli is about a quintessential pair of hero-heroine trying to escape from the police and the villain.

Though Khan is aware about the changing taste and preferences of audiences for content, he still believes that massy, entertaining films will continue to exist.

“Cinema has evolved and changed a lot in ten years. We have new age filmmakers and storytellers coming with high concept films. But this kind of Bollywood cinema is also alive.

“If there is ‘Dil Chahta Hai’, then will be a typical hero film, like ‘Simmba’, ‘Singham’, where you see the audience clapping and enjoying. With my film, I’m not making any statement that I am giving you a brilliant story that you have never seen before. I know that people have seen such stories and characters before,” Khan said.

“These actors (Khatter and Pandey) have a connect with the young audience and we have packaged them properly in this quintessential film. The packaging will remind you of Bollywood cinema, which is being made less,” he added.

Khaali Peeli, produced by Ali Abbas Zafar, was initially scheduled for a big screen release. It will now release on the pay-per-view service Zee Plex on October 2.